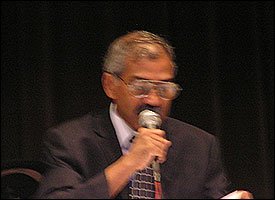 Then number of musical and dance programs staged by young participants.
The composition of musical programs was from the classical time period of music.
After the musical events President of PWA, Chief guest and Special guest are addressed to the audience

Then ‘Vazhakkadu Manram’, a healthy debate staged. Discussed about how displaced Tamils hoping with their culture, language and traditional. Even judge delayed his judgment for next year ‘Kaattu Vezhi kiraamam’, yet beautiful and simple.

The last event was, ‘Innisai Virunthu’ performed by Lenin and friends. This was creating a light, pure, carefree, joyful atmosphere at that night. It was the most enjoyable night.

ABOUT US
Pungudutivu.Today is serving the Pungudutivu community around the world with the latest and up to date information. contents are received from like-minded individuals.
Contact us: info@pungudutivu.today
FOLLOW US
© pungudutivu.today 2019
MORE STORIES